Finally we have published in Applied Soft Computer journal the last paper related with my thesis. We used OSGiLiath to perform a number of cool experiments related with automatic adaptation of dEAs on heterogeneous clusters.

Distributed Evolutionary Algorithms are traditionally executed on homogeneous dedicated clusters, despite most scientists have access mainly to networks of heterogeneous nodes (for example, desktop PCs in a lab). Fitting this kind of algorithms to these environments, so that they can take advantage of their heterogeneity to save running time, is still an open problem. The different computational power of the nodes affects the performance of the algorithm, and tuning or fitting it to each node properly could reduce execution time.

Since the distributed Evolutionary Algorithms include a whole range of parameters that influence the performance, this paper proposes a study on the population size. This parameter is one of the most important, since it has a direct relationship with the number of iterations needed to find the solution, as it affects the exploration factor of the algorithm. The aim of this paper consists in validating the following hypothesis: fitting the sub-population size to the computational power of the heterogeneous cluster node can lead to an improvement in running time with respect to the use of the same population size in every node.

Two parameter size schemes have been tested, an offline and an online parameter setting, and three problems with different characteristics and computational demands have been used.

Results show that setting the population size according to the computational power of each node in the heterogeneous cluster improves the time required to obtain the optimal solution. Meanwhile, the same set of different size values could not improve the running time to reach the optimum in a homogeneous cluster with respect to the same size in all nodes, indicating that the improvement is due to the interaction of the different hardware resources with the algorithm. In addition, a study on the influence of the different population sizes on each stage of the algorithm is presented. This opens a new research line on the fitting (offline or online) of parameters of the distributed Evolutionary Algorithms to the computational power of the devices.

This paper presents a hybrid algorithm that combines Fuzzy Logic Controller (FLC) and Genetic Algorithms (GAs) and its application on a traffic signal system. FLCs have been widely used in many applications in diverse areas, such as control system, pattern recognition, signal processing, and forecasting. They are, essentially, rule-based systems, in which the definition of these rules and fuzzy membership functions is generally based on verbally formulated rules that overlap through the parameter space. They have a great influence over the performance of the system. On the other hand, the Genetic Algorithm is a metaheuristic that provides a robust search in complex spaces. In this work, it has been used to adapt the decision rules of FLCs that define an intelligent traffic signal system, obtaining a higher performance than a classical FLC-based control. The simulation results yielded by the hybrid algorithm show an improvement of up to 34% in the performance with respect to a standard traffic signal controller, Conventional Traffic Signal Controller (CTC), and up to 31% in the comparison with a traditional logic controller, FLC.

Professor Alexander Lyubchenko will be working with GeNeura Group for the next 10 months. Today, he has been showing us his main research lines. 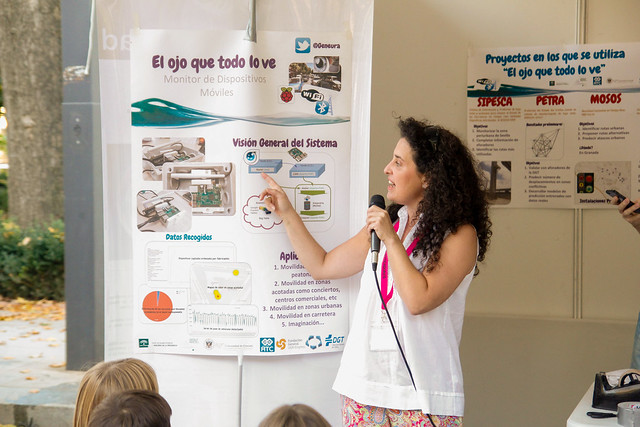 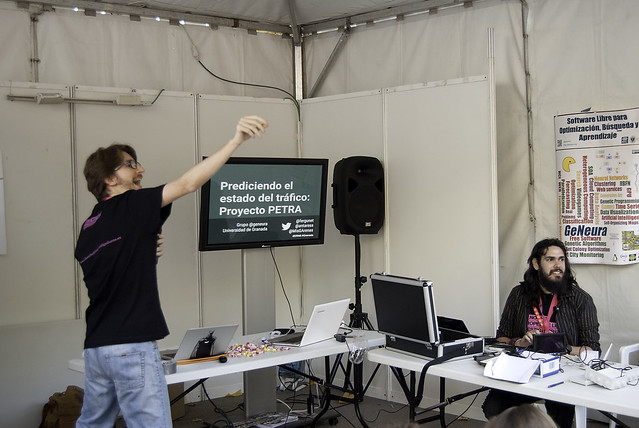 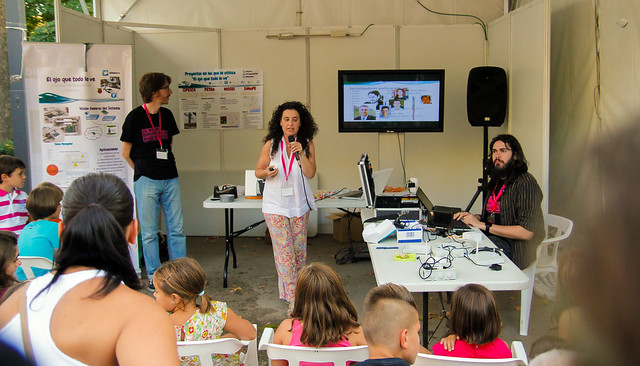